I was completely buzzing when I saw that on Friday 18th January Marvel’s The Punisher was back on Netflix! Part of me wanted this season to be a bit of a flop, because than if Netflix did cancel this amazing show…which we all know is coming…maybe I wouldn’t miss it so much, but I was pulled back into the arms of Frank Castle, and his need to kill everything and anything in his path, the moment that first fight scene kicked off in episode one. Within the spray of blood and bullets you just knew you were home.

The premier of this season started with Frank, (Jon Bernthal), trying to adjust to a somewhat normal life again, pretending to be something we all know he is not. However, thanks to that god, the former Neo-Nazi, John Pilgrim, (Josh Stewart), worships, even Castle came to this realisation himself. Even though I still loved this season, in a way I can see how it didn’t quite measure up to season one, with a major absents from Karen Page, (Deborah Ann Woll), who only appeared in one episode. This was due to a schedule conflict, as she was filming, what even she didn’t know at the time, was her last season of Daredevil, (insert me crying out in agony), but we couldn’t deny even though we only saw her that once, it was one hell of an appearance! Having her and Castle finally admit their feelings for one another, in a roundabout way, or in a pure Karen and Frank fashion, it really stole the spotlight for the season.

Newcomer Amy Bendix, (Giorgia Whigham), did in a way fill this small Karen shaped gap, but I felt like Amy’s storyline didn’t get the development it really deserved, watching the bond form between her and Frank was a massive highlight of the season, and seeing Frank show his fatherly instincts, just pulled at all our heart strings. Billy Russo, (Ben Barnes), making his transformation into Jigsaw was also outstanding, I was however, disappointed that the face reveal had him with, little to no scars. His relationship with his Psychotherapist Krista Dumont (Floriana Lima) felt a bit flat and a bit too predictable, but watching her fall from her apartment window, thanks to Special Agent Dinah Madani, (Amber Rose Revah), was very satisfying.

Curtis Holt, (Jason R Moore), and Dinah got more of an active role this season, both joining Frank in the fight against their foes, this resulted in their lives taking a massive toll, thanks to Curtis’s loyalty to Frank and Dinah’s need to take out Billy. Detective Sergeant Brett Mahoney, (Royce Johnson), was hell bent on taking Castle in too, which you couldn’t in a way blame him for, that is his job, but it was good to finally see him coming around to the fact, that the world isn’t as black and white as he hoped it could be, not that I see him giving Frank Castle a complete get out of jail free card.

Overall, the thing we love about The Punisher, is whenever he picks up a gun, or prepares for a hand to hand, you know you are in for a treat. The fight scenes this season were remarkable, as always, and you feel the energy from these incredible actors and characters, they might be trained in extreme hand to hand combat, but you feel the humanity radiating off them. As much as I enjoyed Billy’s storyline this season, I felt in a way that I was somewhat sympathetic with him, it was still nice to finally see Frank Castle put that inevitable bullet into him, but I felt like they could have done more with his character.

In a way this season all most seems anticlimactic, I think if I knew this show was going to go on for definite, It would have been as satisfying as any second season of a show could make me, but I think I went into this thinking…well knowing, it was going to be it’s last,  and that leaves me a little disappointed in its outcome.

If by some miracle this show is picked up for a third season, I have high hopes that they will bring Karan back for more, being a Kastle shipper, it’s what I need from life, hell it’s what we all need! Plus, with Daredevil officially off the tables, why can’t it be done. Hopefully in the next couple of months, will know this show’s fate, and I am sure we will all be having our fingers crossed in pure hope that Netflix make the right decision!

View all posts by Sharon Young 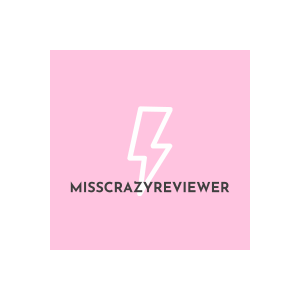